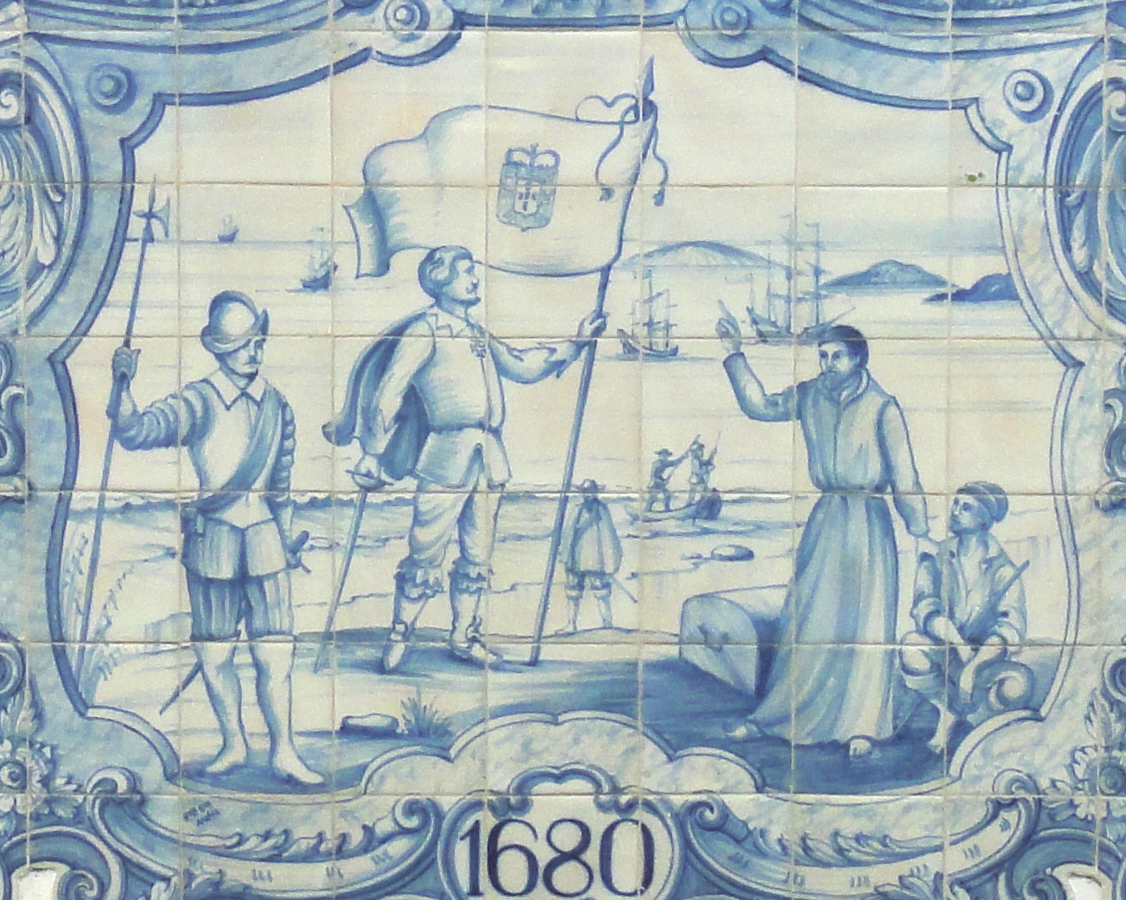 In February of 1680, the governor of Rio de Janeiro founded the southernmost Portuguese colony in the Americas: the Colonia do Santíssimo Sacramento (1680-1777). Located just 30 miles from Buenos Aires, on the north bank of the Rio de la Plata, Colonia do Sacramento would become the only urban center established by the Portuguese in the Americas not to become part of Brazil, but instead to be in present-day Uruguay. The foundation of Colonia do Sacramento was the material expression of the importance for the Portuguese of re-establishing the commercial routes between Brazil and Rio de la Plata that once thrived during the Iberian Union (1580-1640). For Luso-Brazilian merchants, Spanish America was a source of silver and hides, and offered vast markets for Atlantic products and the trade in slaves. During its 97 years under Portuguese rule, Colonia do Sacramento was attacked, besieged, and/or conquered by the Spaniards on five occasions (1680, 1705, 1735, 1763, and 1777). Despite its location on the fringes of the Luso-Brazilian Empire, Colonia do Sacramento was a strategic settlement for the Portuguese Crown; thus, its possession was part of at least five diplomatic treaties during the eighteenth century: Utrecht (1715), Paris (1737), Madrid (1750), El Pardo (1762), and Santo Ildefonso (1777).

Despite its contested nature, Colonia do Sacramento experienced population growth and developed a vibrant urban community centered around transimperial commerce. After the Portuguese resettlement in 1716, the town quickly developed a population of over 3,000 inhabitants, of whom 40% were enslaved in 1760. The town also developed urban infrastructure with paved streets, brick houses, and a port with several cranes, all inside of the city walls. Suburban neighborhoods, located outside the walls, spanned several miles into the countryside, with chapels, general stores, agricultural farms, mills, and a slaughterhouse. The development of an agricultural hinterland, however, was curtailed by Spanish patrolling of the interior of the Banda Oriental to prevent further Portuguese occupation of the countryside. However, such a limitation did not prevent the growth of Colonia’s commerce with Rio de Janeiro and Buenos Aires or the development of urban social institutions. 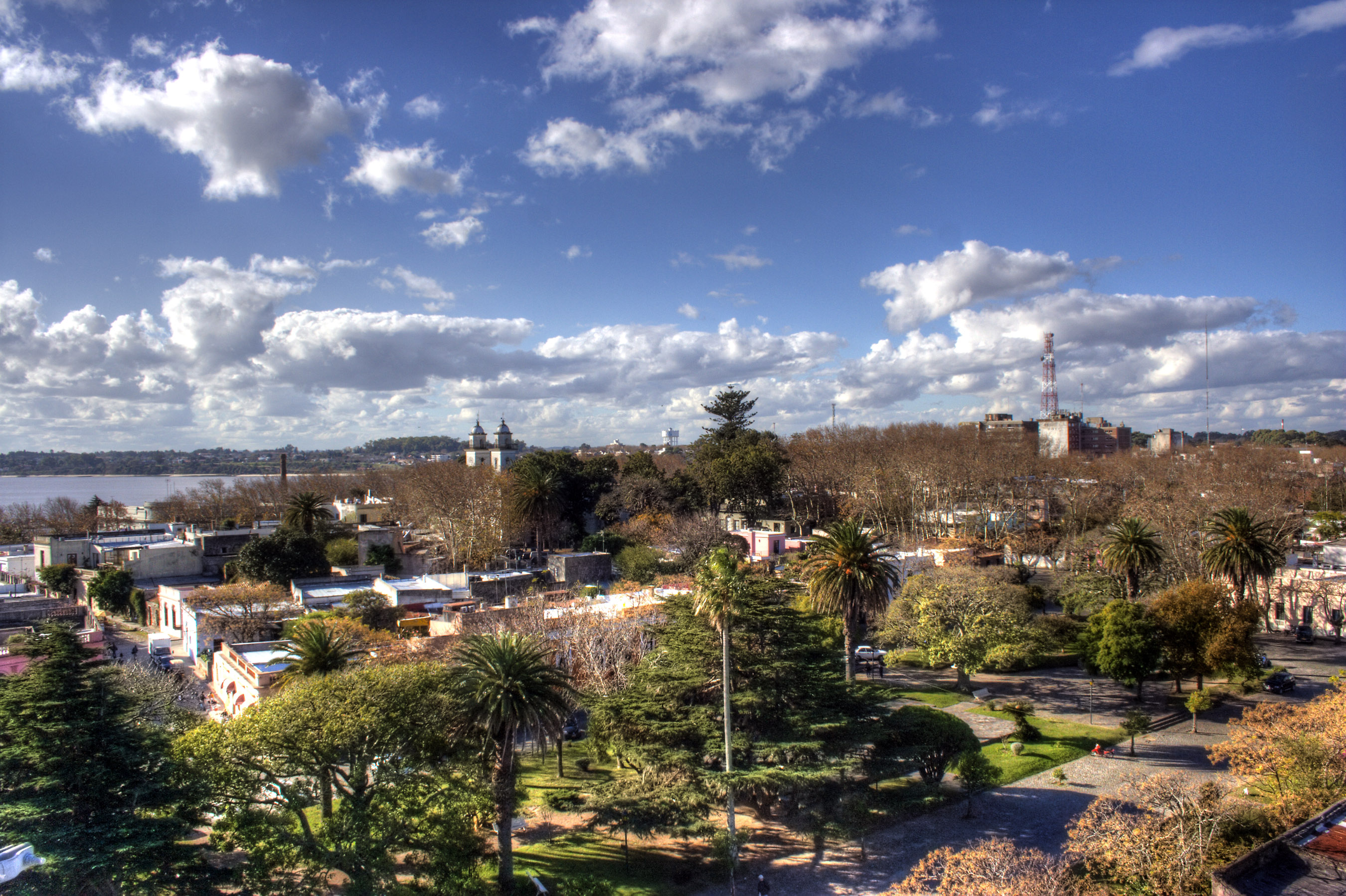 Colonia do Sacramento’s fast-paced growth was anchored in the thriving commerce and slave trade between Spanish and Portuguese America. Colonia developed into the main entrepôt for European manufactures and Luso-Brazilian products (spirits, sugar, tobacco, sweets) as well as a gateway for a thriving slave trade. Although Luso-Brazilian merchants had sold enslaved people via Colonia do Sacramento to Buenos Aires since its repopulation in 1716, the number of captives sold through Colonia grew substantially after the end of the South Sea Company’s contract (the Asiento) for the introduction of slaves to the region in 1737. By the 1740s, vessels carrying enslaved Africans arrived from Salvador da Bahia, Rio de Janeiro, or directly from West-Central Africa. According to tax records on slave sales, Portuguese authorities recorded the sale of 435 captives to the Spanish American dominions in 1745. In 1748-1749, 1,564 enslaved Africans arrived in four vessels coming directly from Africa and, by the mid-eighteenth century, Colonia was the main gateway of slave introductions in the region.

However, the role of Colonia do Sacramento as a slave trade entrepôt in Rio de la Plata did not prevent the formation of a large population of free and enslaved people of African descent in the urban center. By the 1750s, slaves in Sacramento were responsible for limited agricultural production, domestic services, wage-earning skilled and unskilled labor (including artisan slaves), and stevedoring in the port area. Although the land available for agrarian production was reduced, the enslaved played an important role in providing the day-to-day food supply of the colony, while skilled wage-earning slaves were a source of income for families or widows in the town. Enslaved workers also performed the heavy work of loading and unloading cargoes at the port’s docks. Enslaved Luso-Brazilians and Africans were integral to the city’s life and, again by the mid-eighteenth century, the enslaved, free blacks, and pardos composed the majority of the population in Colonia do Sacramento. 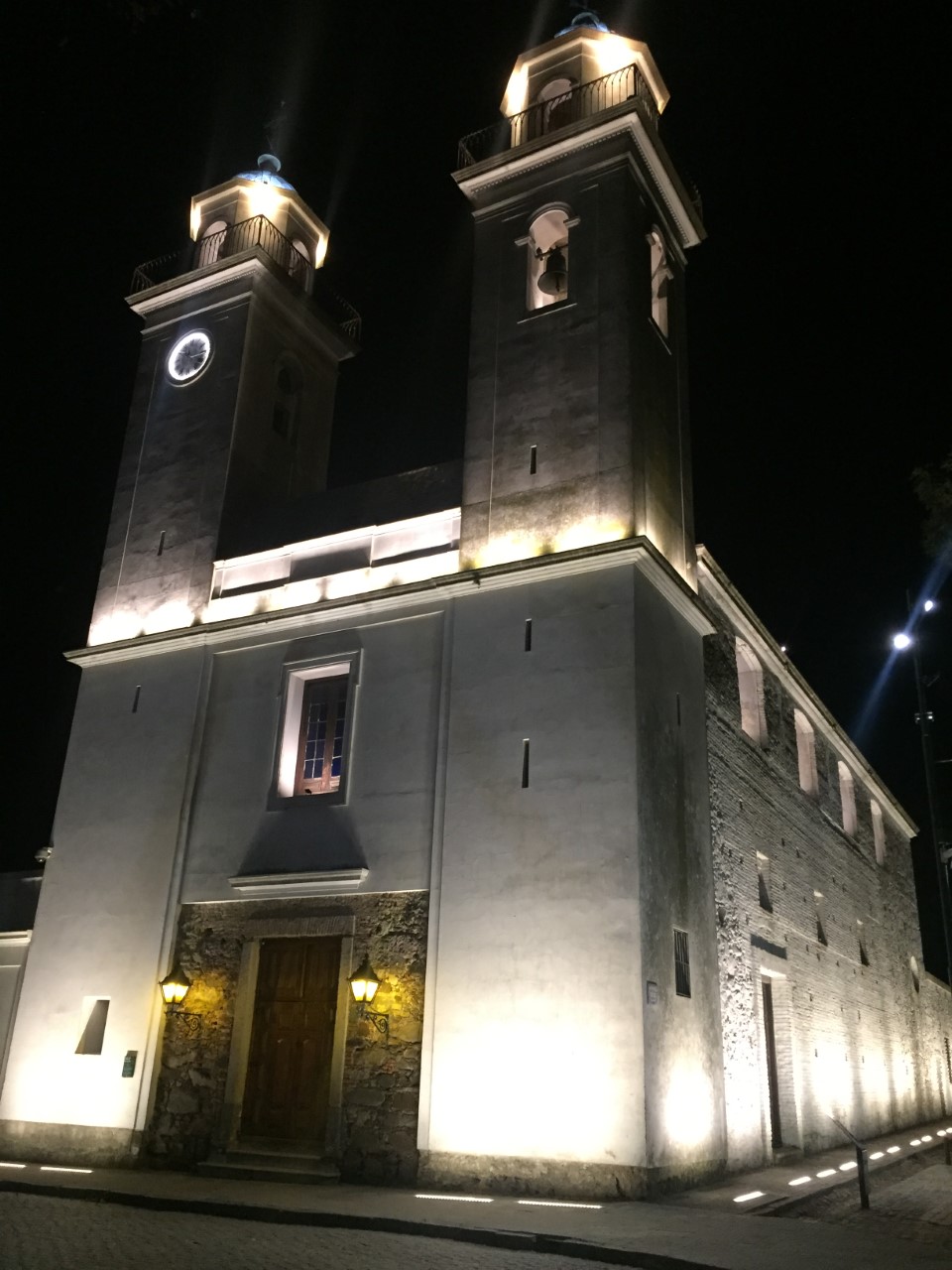 Due to intermittent military conflicts and the fact that Colonia do Sacramento lacked the institution of a Câmara (town council), administrative and private sources about the life of the enslaved are scarce. Colonia’s ecclesiastical records provide an incomparable window into this eighteenth-century Luso-Brazilian port town in Rio de la Plata. The Livro 5o. de Batismos (5th Book of Baptisms) transcribed here provides a unique view of Colonia in its latest period. Since the 5th Book of Baptisms of Colonia’s Matriz (Mother) Church was only used in extraordinary moments, such as military sieges, religious authorities recorded free and enslaved baptisms alongside each other, making this unique. As a result, the 5th Book provides two snapshots of Colonia’s society: one from 1763 to 1764, during the Spanish occupation of the town, and a second from 1774 to 1777, Colonia’s last years under Portuguese rule. Out of 265 baptized children, 111 were born of enslaved mothers, 21 children were the offspring of freed mothers, and 133 baptized children had free women as their mothers. Among the enslaved, mothers from West-Central Africa represented 61%, women from West Africa comprised 24% of the total mothers, and crioulas (either born in Sacramento or in Brazil) represented the remaining 15% of the mothers who baptized children in Colonia as recorded in the 5th Book of Baptisms.

The transcriptions presented here were elaborated by Christen Macias under the supervision of Fabrício Prado as part of the project Inter-American Connections. This project explores the entangled histories of the Spanish, Portuguese, and British Americas and has been supported by The College of William and Mary. The transcriptions of the 5th Book of Baptisms were elaborated based on personal research notes based on the original records deposited at the Arquivo da Cúria Metropolitana do Rio de Janeiro. Because of the poor conditions of the original, we also utilized a microfilm copy of the same document currently deposited at the Matriz Church of Colonia, Uruguay. Transcriptions were also checked against the data available in Dalmiro da Motta Buys de Barros, Colônia do Sacramento: batizados, casamentos e óbitos (1690-1777), Rio de Janeiro: Vermelho Marinho, 2012. Due to the wealth of information the 5th Book of Baptisms offers about the enslaved population of Colonia do Sacramento, we hope scholars can further develop our knowledge about the experiences of the enslaved members of colonial societies at the fringes of empires.